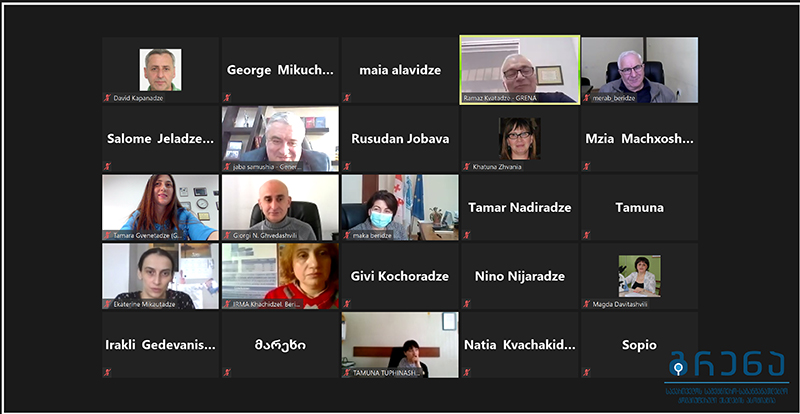 Georgian Research and Educational Networking Association GRENA within the framework of the European Commission NI4OS-Europe project hosted dissemination event related to the open science. Due to the COVID pandemic the event was held online via the ZOOM platform.

40 representatives of research and education community from various cities of Georgia participated in the event. The speakers included Jaba Samushia from the Shota Rustaveli National Science Foundation of Georgia, Ramaz Kvatadze and Tamara Gvenetadze from GRENA. The presentations concerned following topics: Open Science status and its development in Georgia, NI4OS-Europe project, National Open Science Initiative and Memorandum of Understanding.

The General Director of the Shota Rustaveli National Science Foundation of Georgia Mr. Jaba Samushia in his speech noted: “The European Open Science Cloud Initiative, launched in 2016, aims to create a competitive economy based on data and knowledge in Europe. In recent years, open science has acquired great importance and gained popularity among many researchers around the world. The existence of open access to the results of scientific research is becoming more and more necessary, and the involvement of Georgian scholars in these processes will bring positive results in terms of the development of science in Georgia.”

The meeting deserved appreciation by the attending members, the participants expressed great interest in the European Open Science Cloud EOSC and NI4OS-Europe project. After the presentations, a discussion was held, during which relevant topics related to science were discussed. The participants of the event expressed interest in cooperation in this field.